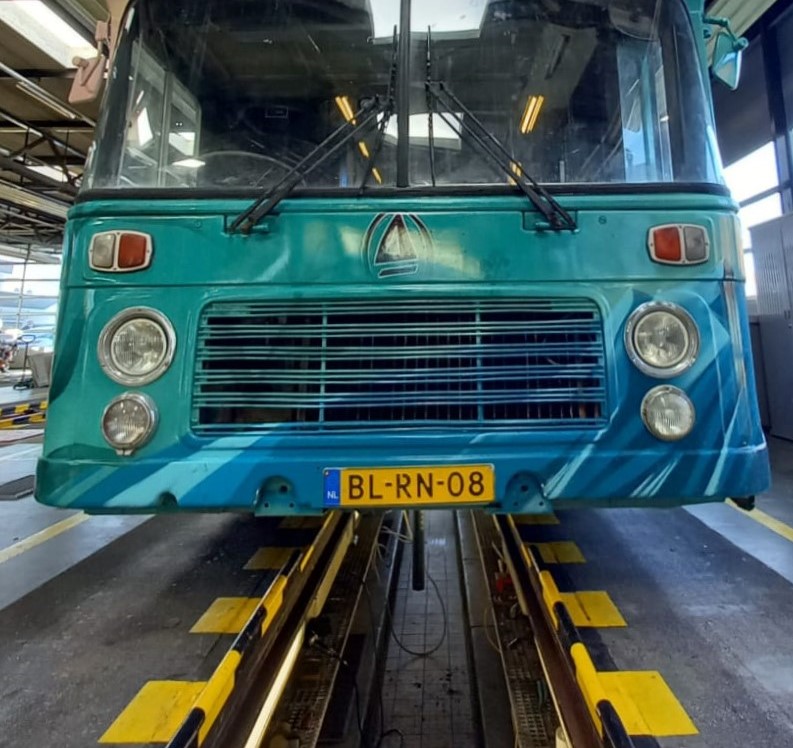 Today was kind of exciting.. we had to take our baby all the way to Zwolle (140 km) to hopefully pass the first major test: did we manage to convert her into a camper van? After being a bus for over 45 years..

If we wouldn’t make it, it would mean we weren’t allowed to be on the road any more. We had taken everything out that made La Karavana a bus according to the Dutch government. So now, there was no other option, than becoming a camper van straight away. Even though the upper floor is almost finished, the work on the ground floor was far from done! We managed to make a temporary ‘kitchen’ and table, let’s see what they would think..

In order to become a camper, we had to meet a couple requirements. These were:

After going through the whole bus, we … passed the test!! Super happy! But..there was a second test. The mechanical test.. Very important, because without it, again, we wouldn’t be able to take our little bus back home again. After being thoroughly checked, the end result was that the bus is in very good shape and good to hit the road! So bring on those roadtrips and new places, we’re ready! (Almost… haha)

Coming months we’ll work on finishing the ground floor as well. The aim is to have it all finished in May 2021 and hit the road by June 2021. Stay tuned!