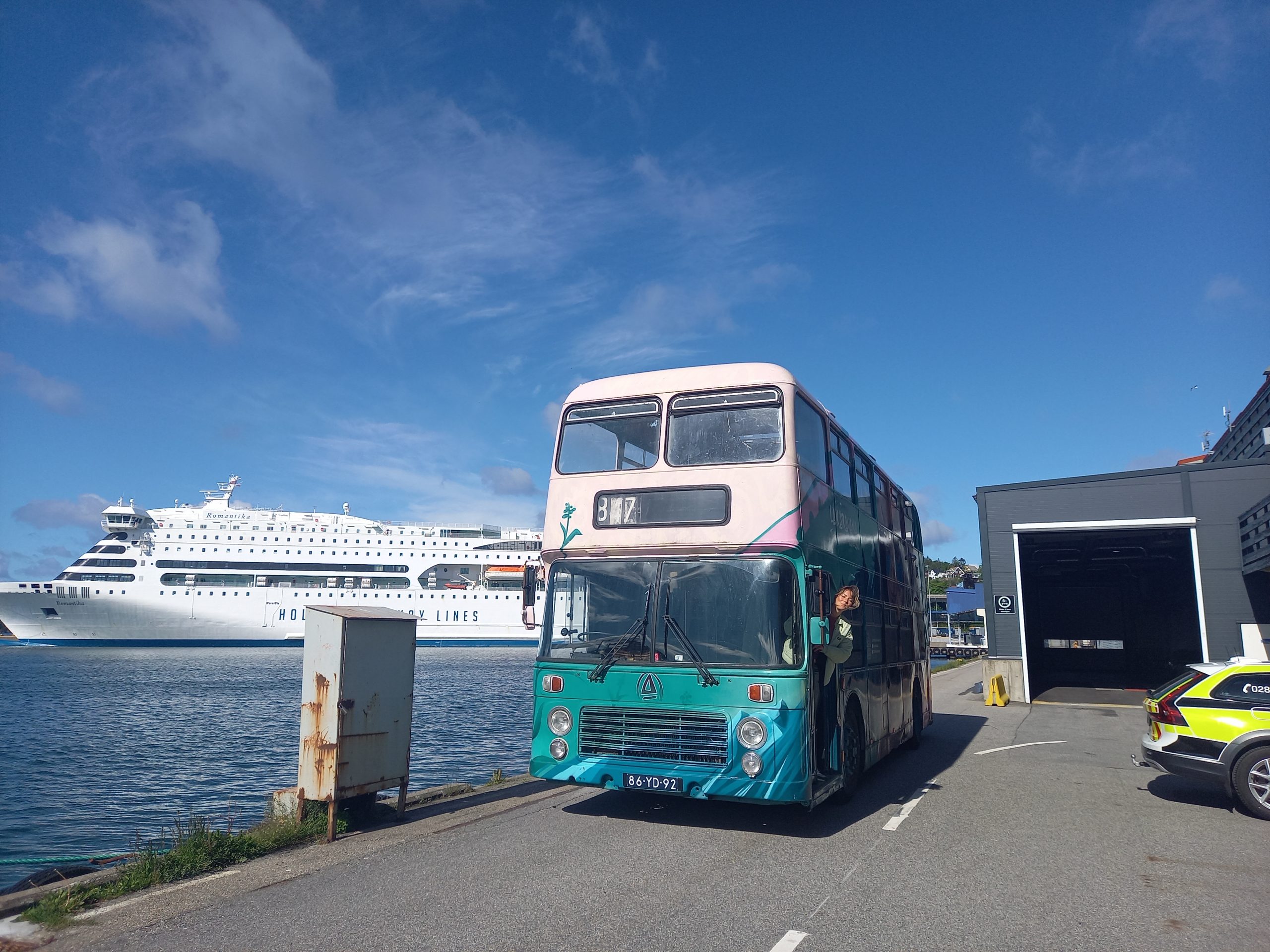 Oeii we´re so excited and a bit nervous at the same time. We´re finally going abroad!! To Norway, the country that´s been high on our wishlist for a pretty long time now. There seemed to be  a curse on it somehow, especially for me (Jolies). As in spring 2010 I tried to go there with (another) really old camper van, but it broke down half way into Sweden, we never got there. Then I organized some trips for our friends at Beyond Borders, but even though I always picked up the groups in Norway- every time we’d cross into Sweden just before starting our trip. Then in 2018 I wanted to take the motorbike to drive to the North Cape, but it had been taken and crashed by the municipality for being a ‘wreck’ haha (in a nutshell 😉). Then another try, spring 2020; we were supposed to go to the North Cape with the bus for Netflix, but long story short: guess what; didn’t happen.

So now, my fifth try, let’s make it work this time shall we!

The good thing is, there’s now a ferry taking us from The Netherlands, all the way to Norway. All we have to do is make it to the ferry, and we should be fine right?! Over the last few weeks we had some problems with leakage of oil from the gear box. We tried to fix it several times, but it wouldn’t last. With our hands in our (by now very oily) hair, we wondered why it didn’t. Then we found out; we were missing some screws bouten with which normally the gear box is attached to the engine block. In other words; the gear box was hanging loose! This explained all the leakages we’ve experienced over the last few weeks. With some help from our friends at the campsite, we managed to really fix it. Not temporarily but really, Norway-proof. You can almost call us gear-box professionals by now, the amount of hours we’ve spend underneath it in the last weeks… we almost couldn’t stand the thing anymore hahah.

After a last check at the garage, we took off to Eemshaven this morning, where our ferry leaves at 15.00 to take us to Kristiansand. We were welcomed by smiles again, which often happens when people see our bus. So nice. Even the douane came to check out the inside of the bus, just out of curiosity. (Not to find those beers we’ve been hiding haha). Let’s see what happens when we’ll get to Norway! Assuming we’ll get there (if not, something is seriously wrong this time haha).

Yes, since April this year there’s no a ferry directly from The Netherlands all the way to Norway. Unfortunately the car deck has already been fully booked until August, but from August onwards there should still be some place. Check out their website for availability & prices here. Another option is to take the ferry from Hirsthals (Denmark) or to drive all the way to Norway from the south of course.

Rent the bus?
Create your own trip?